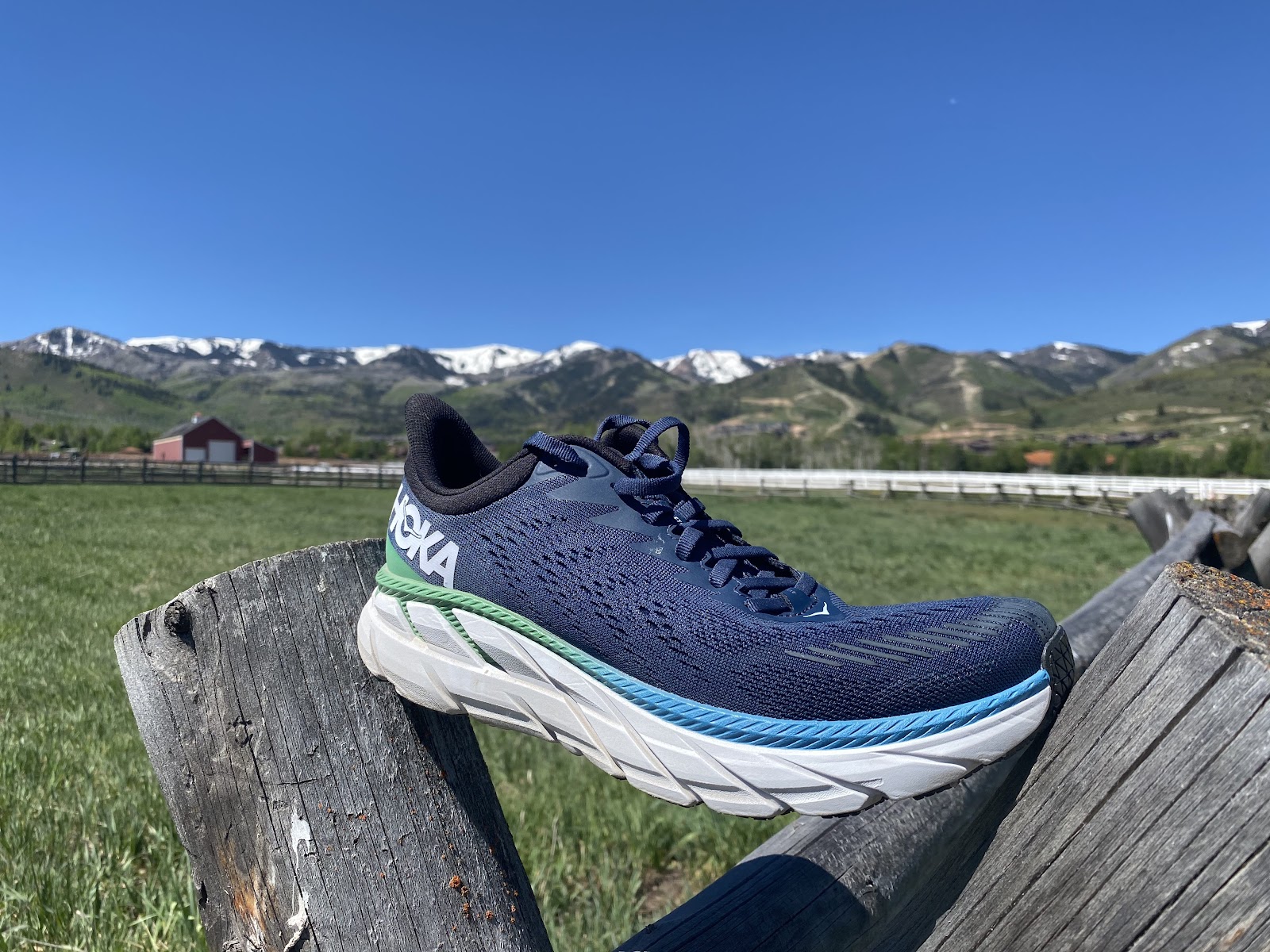 The Clifton 7 gets a new very soft engineered sandwich mesh upper, a gusseted tongue instead of the 6’s rear stitching, and swept back rear tab that also serves to help pull them on. 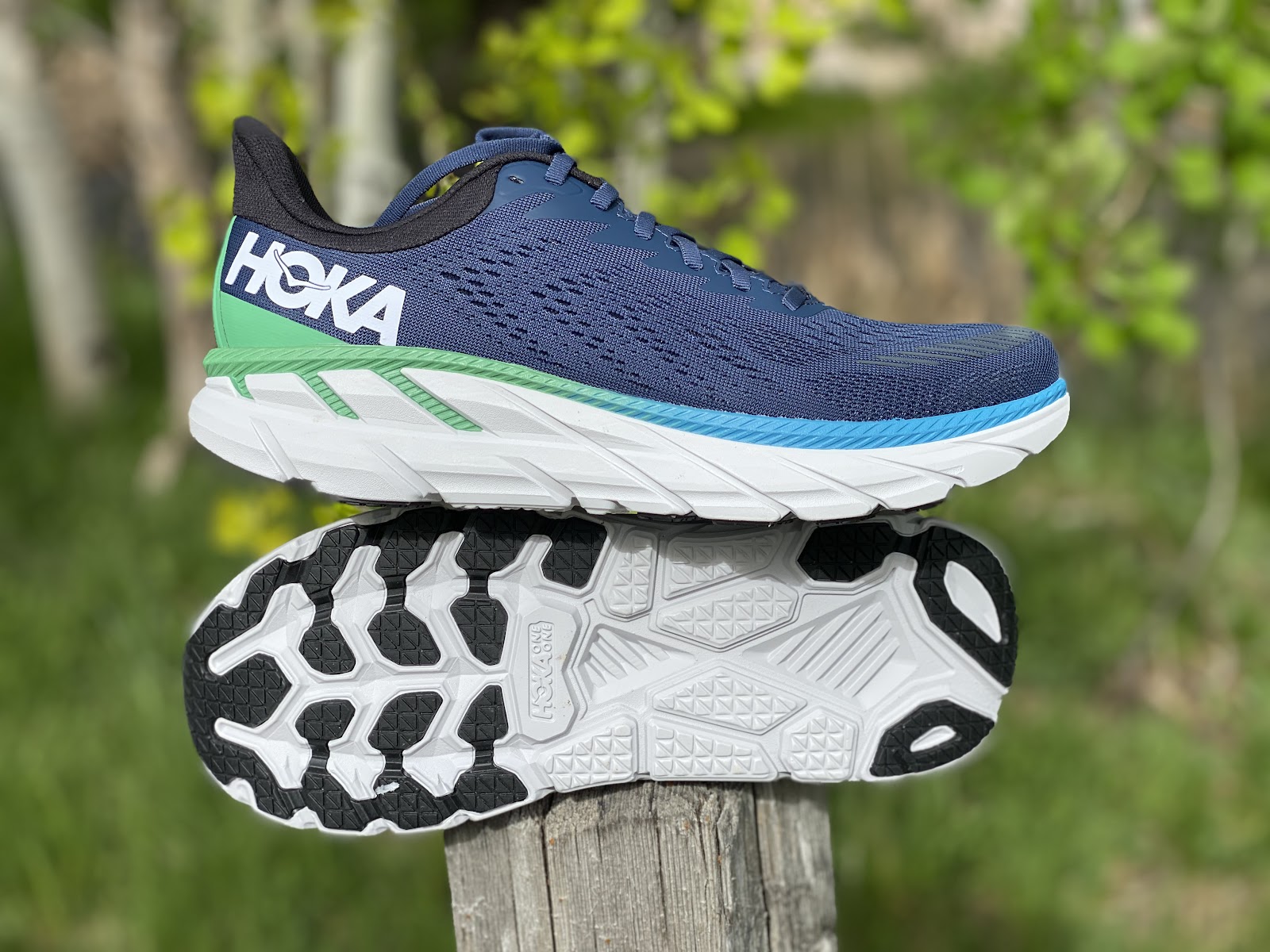 WATCH OUR FIRST RUN REVIEW WITH DETAILS AND COMPARISONS 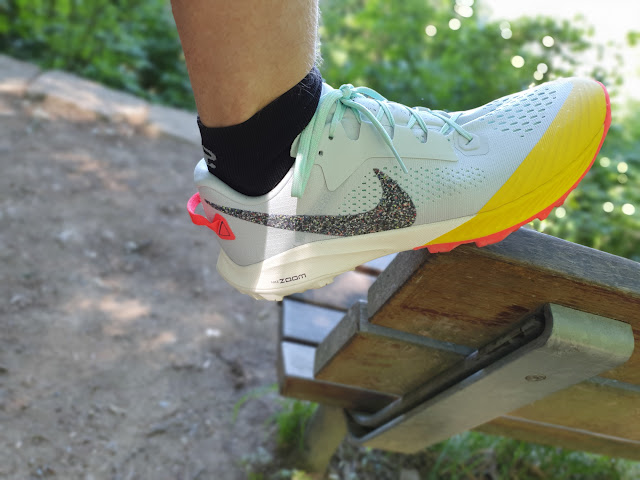 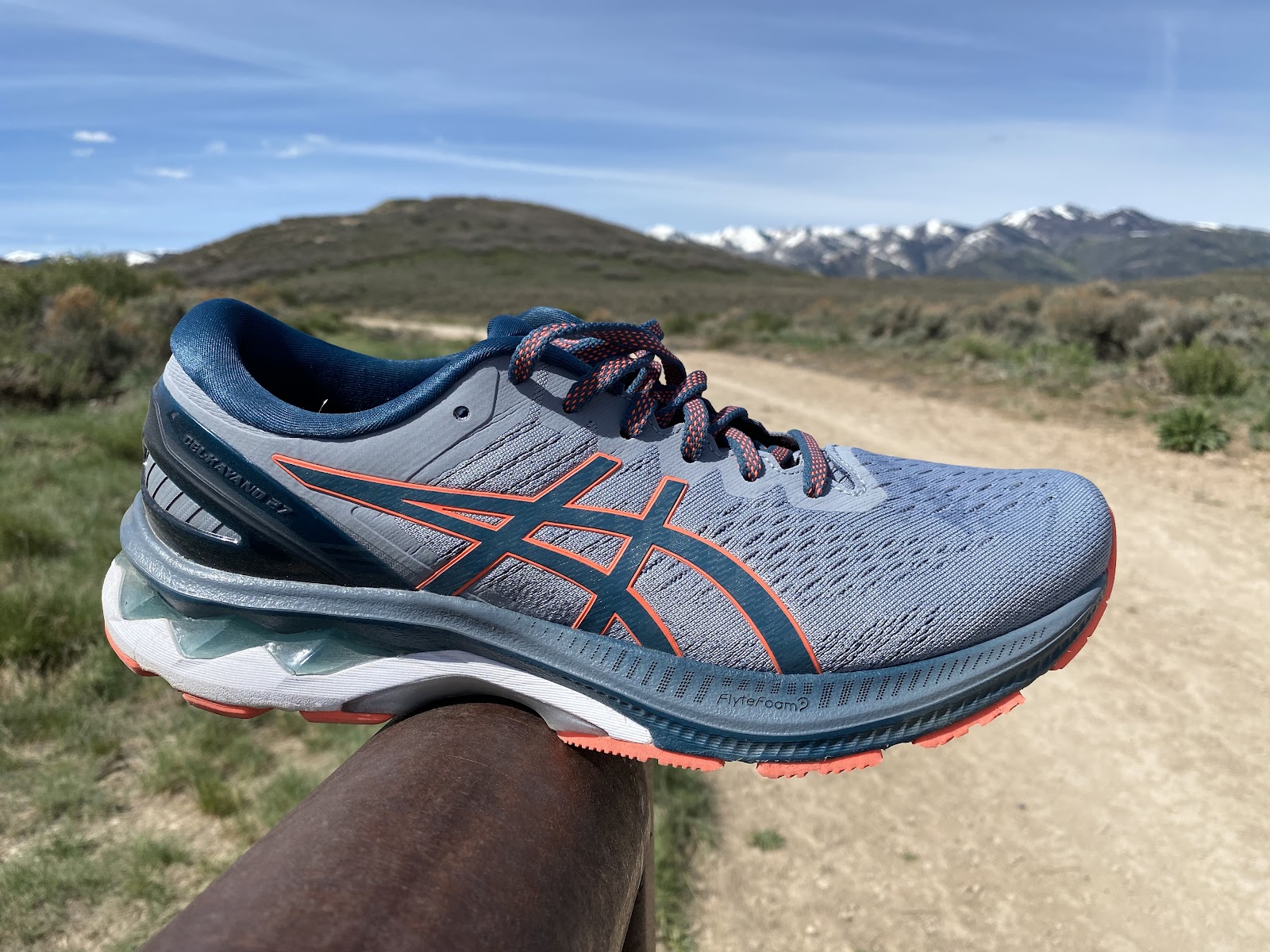 Sam: When a shoe gets to 27 editions, the 2nd longest “run” of any current run shoe. and is ASICS best selling shoe at running stores, something must be up. Yet I have never run it, been tempted by it and I have been running longer than 27 years that’s for sure!

So when ASICS asked Michael and I to test we said OK, not exactly looking forward to it as the Kayano is known as a support stability shoe and isn’t the lightest out there at 11.1 oz but it is the lightest Kayano with a massive looking exo-skeleton heel and substantial mid foot Trusstic plate under foot.

Strangely it also sure also looked sleek with a low profile engineered Jacquard mesh upper with a not ridiculously plush looking collar. Neither Michael and I need or rock support stability shoes much and when RTR tests I often end up the guinea pig for them with Michael also occasionally headed to that side as well.

Could there be more than met the eye, could there be a real good reason for 27 editions and still very popular. Were we shoe snobs?

We tested it and were frankly surprised in mostly pleasant ways by this highly refined shoe. Cleverly ASICS offered to give us and the history and answer questions after we tested.

The Kayano Trainer (picture below) was first launched in 1993 with a design mission of having the ultimate in comfort, durability, and protection. 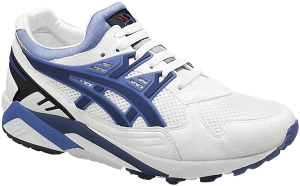 The designer Toshikazu Kayano, yes the shoe is named after him, served 23 years as head of product design and development for overseas markets and is now curating ASICS Sports Museum archives came up with a radical initial design that yes featured an external exoskeleton, as still now in at the heel as still now to provide not only functional long term support and durability but I would say visual cues that the Kayano was meant to do exactly that.

The original named GEL-Kayano Trainer launched at the then astronomical price of $130. It hasn’t gone up that much since then with the Kayano 27 at $160.

To this day the core values of the shoe to be the ultimate in comfort, durability, and protection.

have remained the mission, yet the technologies continually evolved.

Further. over those decades, the ASICS Sports Science Institute has refined its research around gender specific differences in biomechanical needs applied to shoe design even within the same model as here. This means the women’s Kayano 27, in addition to gender specific lasting, has softer FlyteFoam with 2mm more of it at the heel and 1mm less at forefoot. while the structure of the mid foot plastic Trusstic piece has a different design focused on forward motion support with the men’s focused on inside arch support. 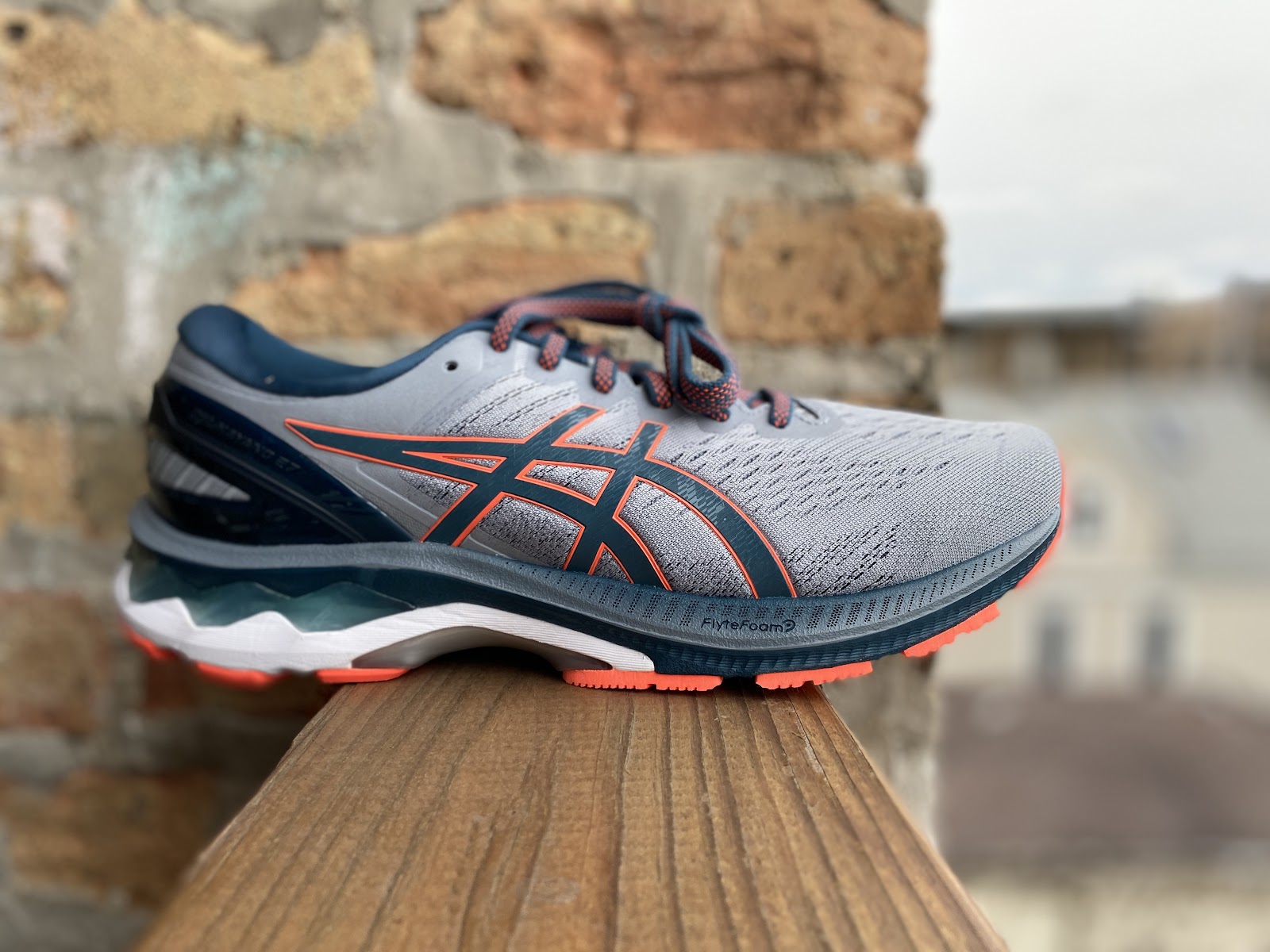 Michael: Sam about covered our backstory, but unlike the guru himself, I have run in the Kayano once, many years ago (I believe it was the Kayano 15 or 16), simply due to the fact that my preferred trainers at the time - the ASICS GT-2000 and DS-Trainer - were sold out at my local running store. So, I trained in the (back then) very clunky Kayano, a shoe that is basically unrecognizable from what ASICS is offering in the 27th iteration. Let’s dive in! 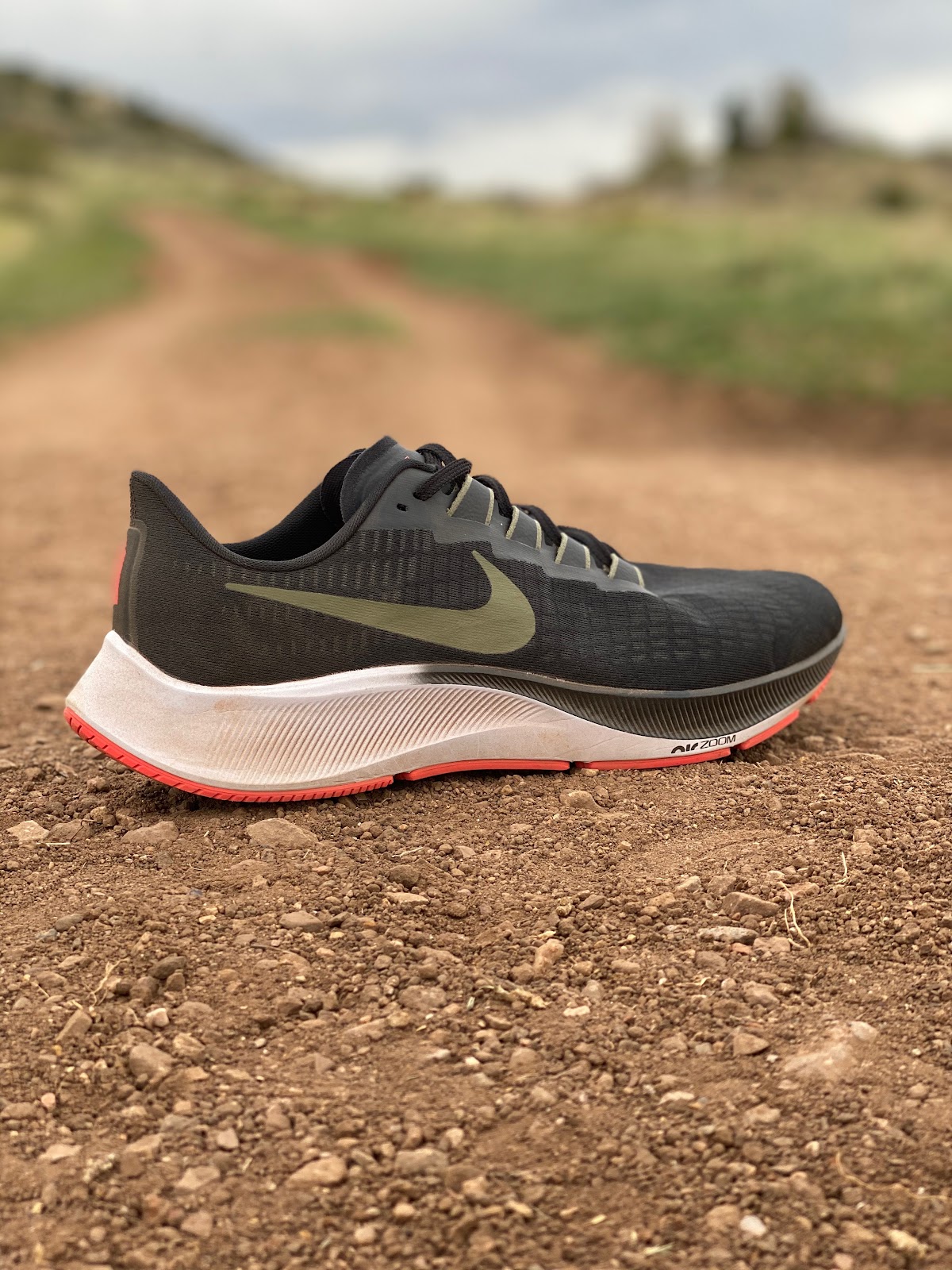 The 37th edition of the Pegasus sees the most significant changes in years with a new React foam midsole and a front only 10mm thick Zoom Air bag, the prior edition having a full length 4mm thick Zoom Air unit.

The articulated Zoom Air unit is tuned based on gender preferences with 20 psi for the men's and 15 psi for the women as testing showed women preferred a slightly softer, more flexible front cushion. 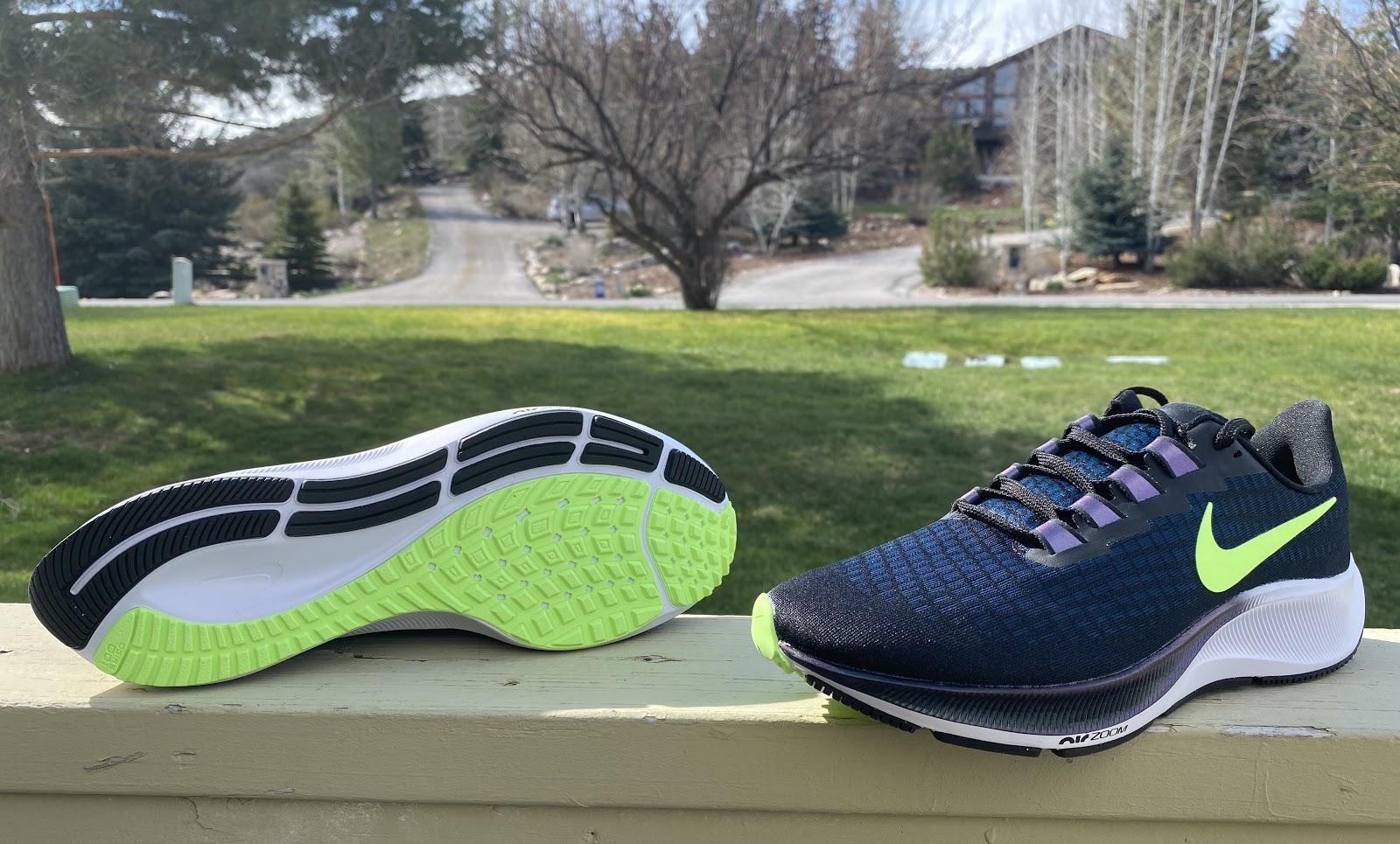 Jeff: Camry. Big Mac. Pegasus. Some items are so ubiquitous you don’t need to be a family sedan, fast food burger, or running shoe enthusiast to know what we’re talking about. And the 37 iteration of the Pegasus may be the best - it certainly is the most dramatic overhaul we’ve seen in the line for years. Does dramatic overhaul mean good? In this case, for me, it certainly does.

Michael: It’s Pegasus season! There are two reviews I’ll most frequently be referencing here, the predecessors to the new Zoom Pegasus (and of course, I’ll be comparing them to the P37, in the relevant sections): the Zoom Pegasus 36, and the Nike Zoom Pegasus Turbo 2. If you combined these two shoes, you wouldn’t quite get the P37 - you need to find that React foam from somewhere - but there is a lot of shared DNA. And guess what? I really liked both the P36 and the Turbo 2. And guess what? The Pegasus 37 is great - but not quite more than the sum of its parts.

Of course, please make sure to read our Comparisons section, where we have a ton of comparisons to the leading trainers out there today! 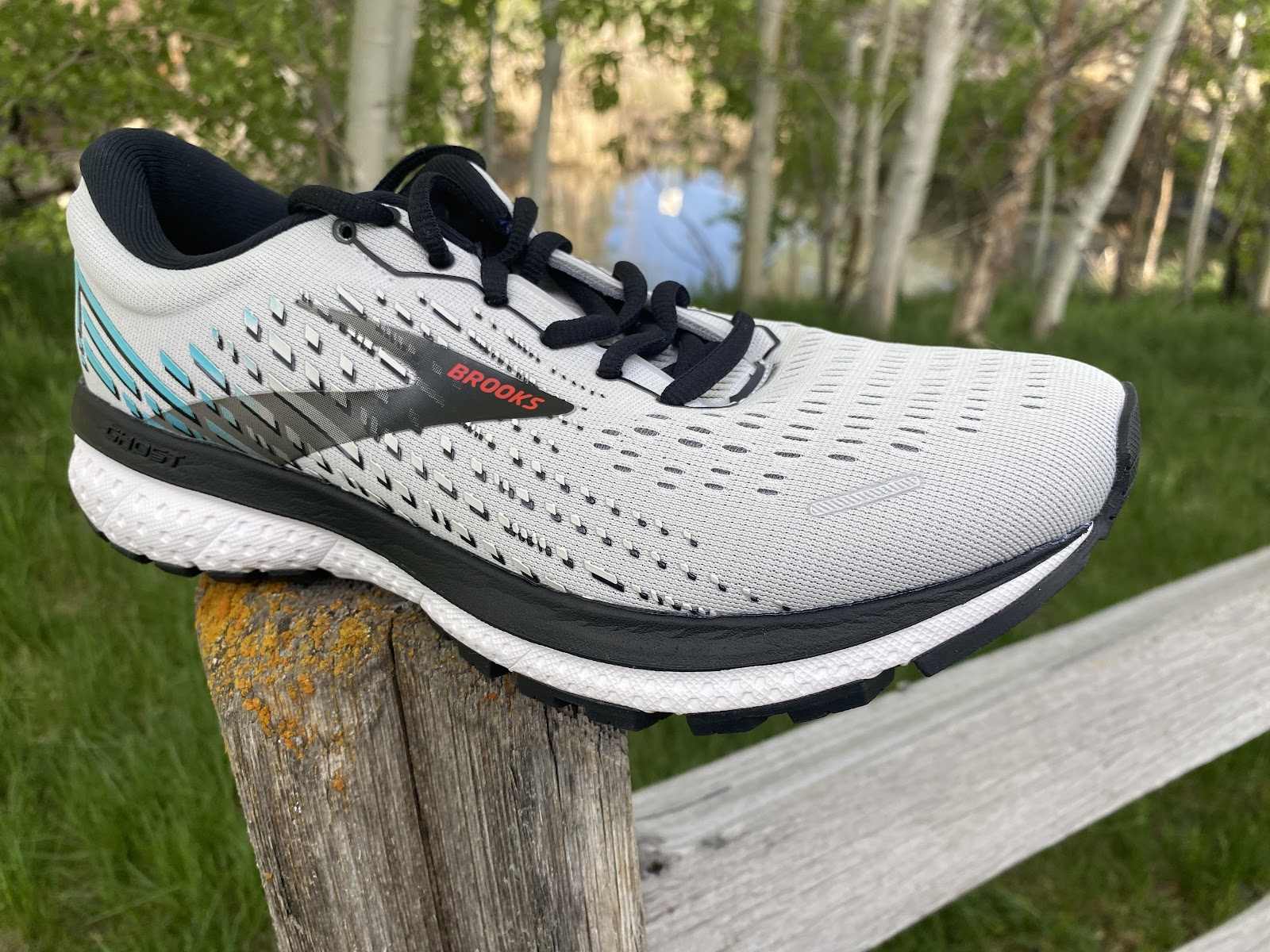 I take a first run in the Brooks Ghost 13 in Park City, Utah and share my initial video review below. Weighing about the same as the Ghost 12 at 9.9 oz / 280 g US men's 9, the 13 now has a full length (instead of just a heel insert) lateral side DNA Loft foam that is softer than the co molded (not glued in) BioMoGo DNA foam on the medial side, a lighter engineered mesh upper, and slight changes to the forefoot outsole design all of which I conclude so far have very positive changes to the ride and fit.
I compare to the Levitate 4 in the video. Releases September including in a Gore-Tex Invisible Fit version. $130. full multi tester review of men, women's and GTX versions of the Ghost 13 soon.
WATCH THE VIDEO REVIEW INCLUDING COMPARISONS TO LEVITATE 4 (11:21)
Read reviewers' full run bios here.
The product reviewed was a provided at no charge. The opinions herein are the authors'.
Comments and Questions Welcome Below!
Please let us know mileage, paces, race distances, and current preferred shoes
RoadTrailRun receives a commission on purchases at the stores below.
Your purchases help support RoadTrailRun. Thanks!
RUNNING WAREHOUSE
USA  Men's & Women's SHOP HERE
FREE 2 Day Shipping EASY No Sweat Returns
EUROPE Men's & Women's SHOP HERE
AUSTRALIA Men's & Women's SHOP HERE 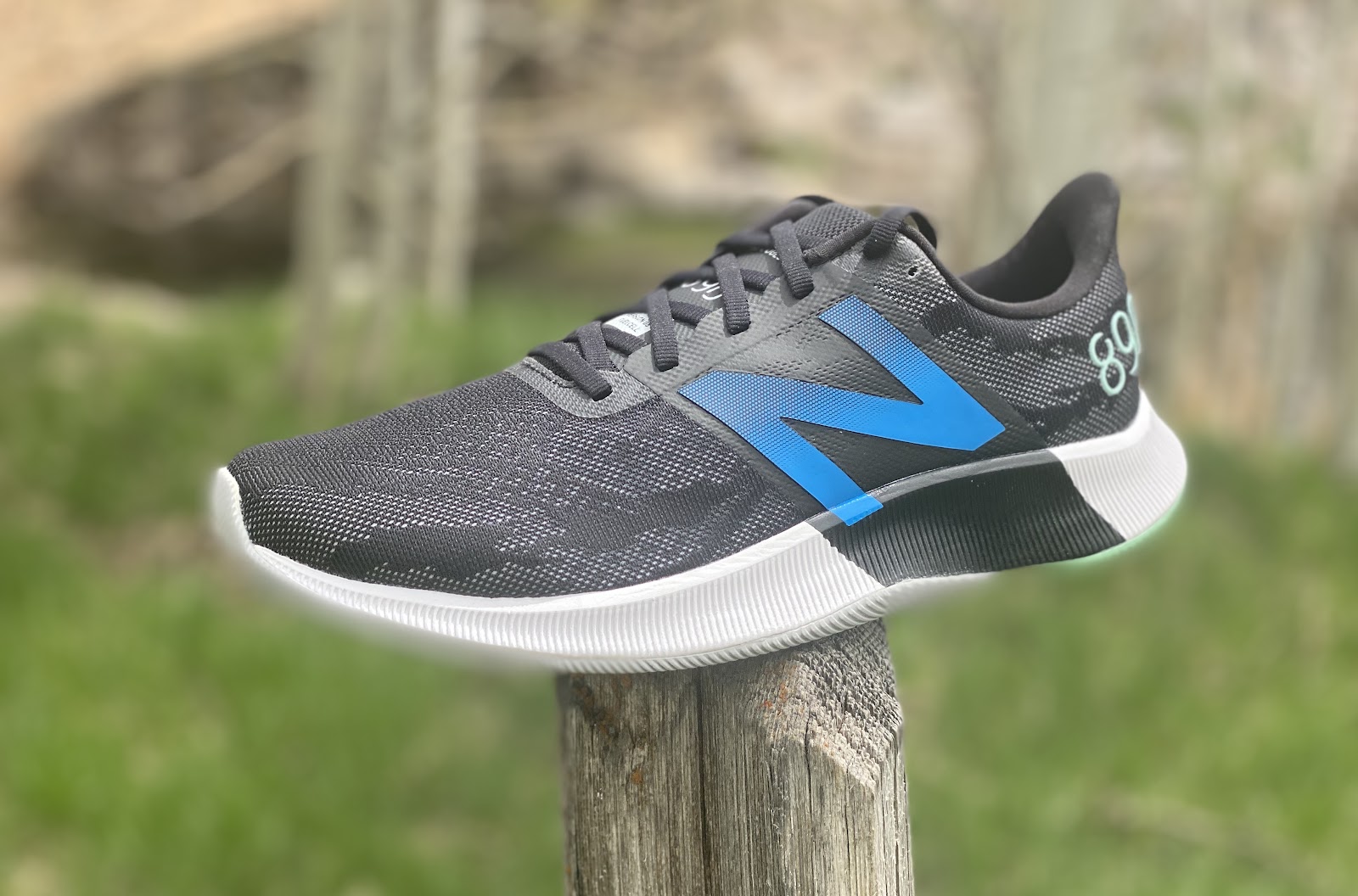 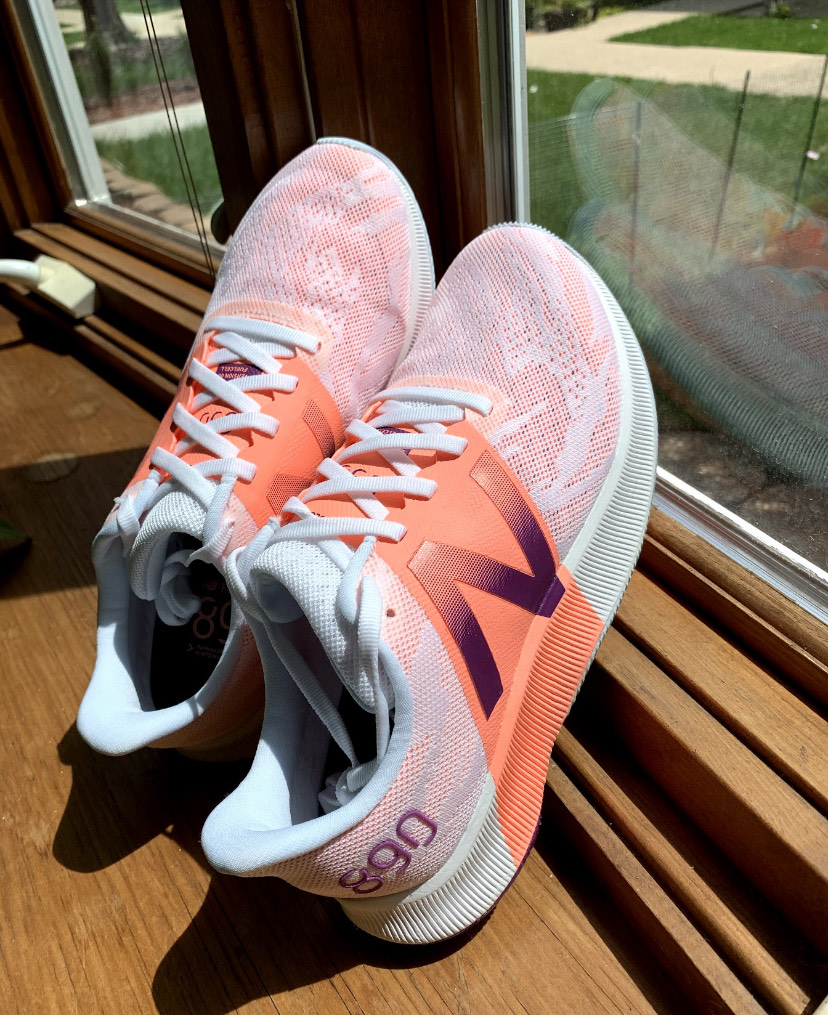 The 890 changes quite radically, yet again, getting a full Fuel Cell midsole replacing the prior RevLite. It gains about 1.4 oz / 39 g coming in at approximately 8.25 oz / 233g US men’s 9 with a 25mm heel /19 mm forefoot, 6mm drop. The upper changes from engineered knit to engineered mesh. The outsole is a combination of Ground Contact RevLite and rubber. It remains a more stable up tempo option as its predecessors were. 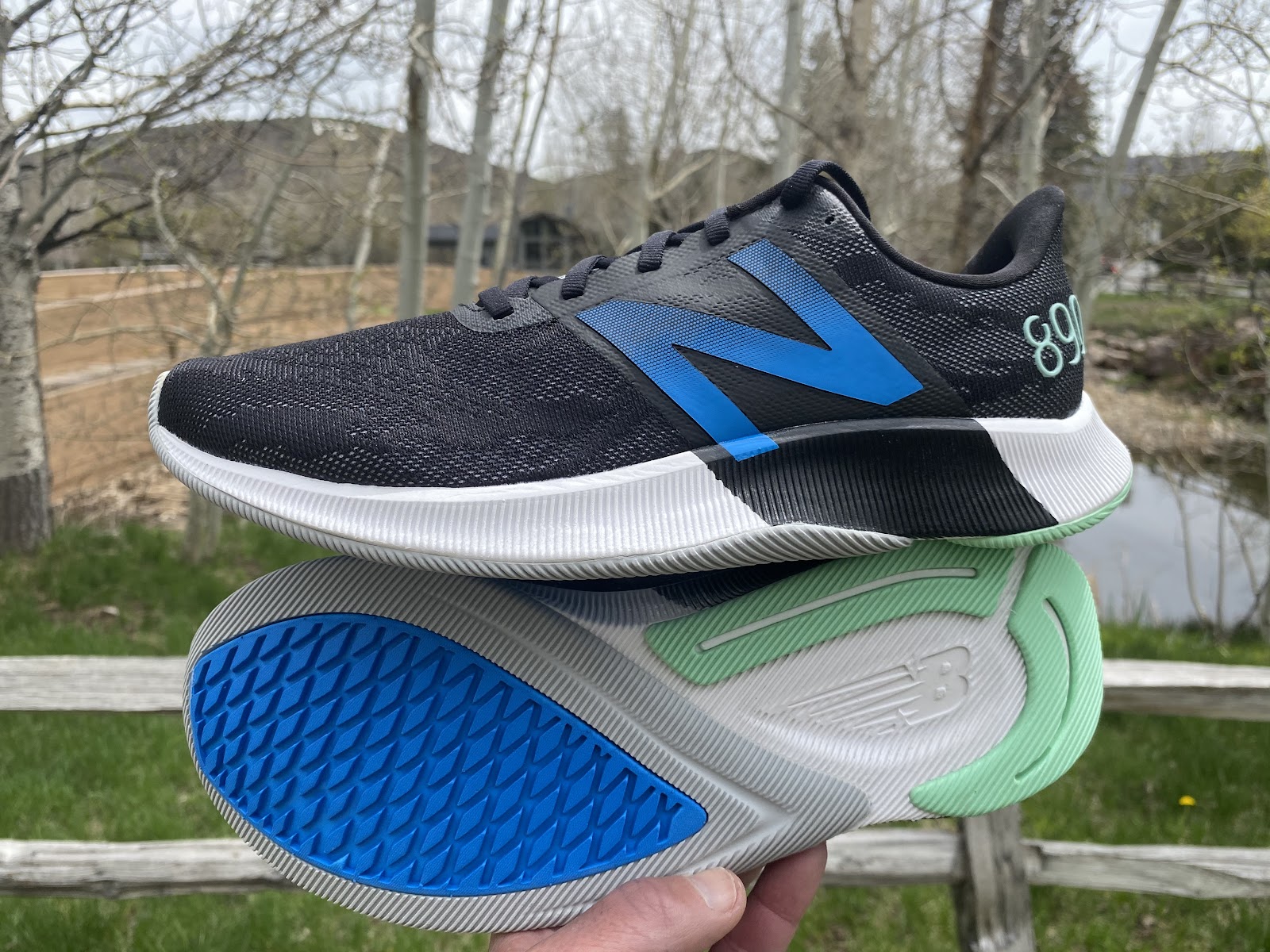 Sam: Firm, stable, fast ride that is also strangely not as punishing as I expected.

Mac: Extra lateral midsole material great for those who land on the outside of the foot

Peter/Jamie: Neither here nor there. Stranded between the 1400 and others.

Peter: a little too firm

Jamie/Sam: a little too firm for a daily trainer

Sam/Jamie: ride is a little too “serious” lacking fun

Mac: Not as bouncy as the Rebel

Sam: Not as versatile as I would like, best run fast. 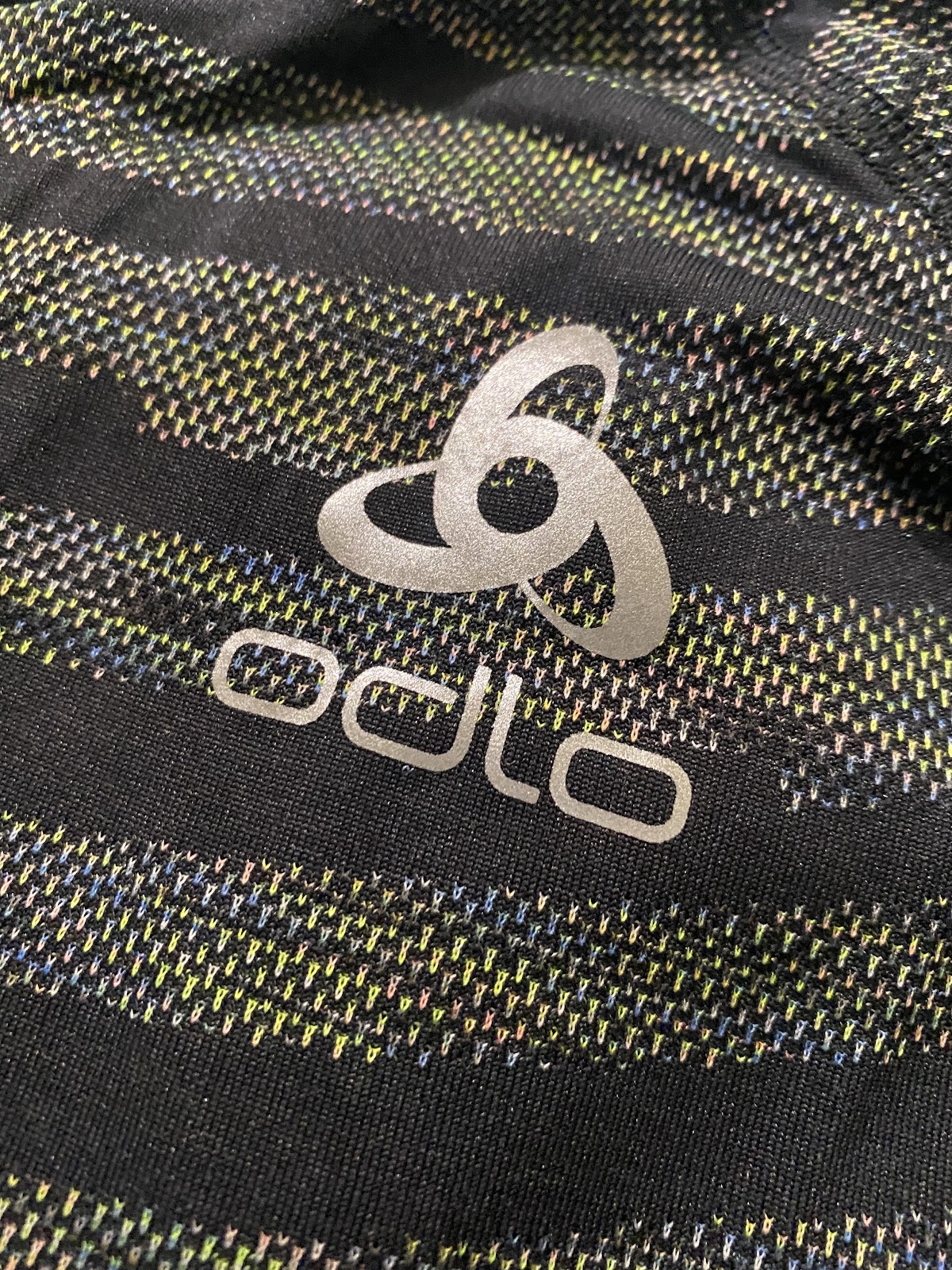 Dominique: “Born in Norway and engineered in Switzerland” ODLO has been around since 1946, yet this is my first introduction to the brand as I am testing a running outfit from their summer collection. Created by Odd Roar Lofterod, ODLO is known as the innovator of performance sports underwear and three-layer principles. ODLO first made its marks on the Norwegian Nordic ski scene, and over the past seven decades, has expanded its line of products into several sport categories: Sports Underwear & Baselayer; Running & Trail; Hiking & Trekking; Cycling & MTB; Fitness & Yoga; Ski & Snowboard, and Nordic Ski where among others it outfits MTB Scott Sram, Biathlon  Switzerland/Norway/France, French Ski Federation, and trail running TSL France.

ODLO has been at the forefront of innovation in producing performance sportswear as reflected in their line of apparel, which is engineered with a blend of high end technology, functionality, attractive designs, and top quality. Pricing mirrors the long lasting-quality of the ODLO brand and the Norwegian-Swiss platform for manufacturing engineered high performance apparel. Oldo is also a leader in the Fair Wear Foundation an independent, transparent initiative which seeks to improve labor conditions in the textile industry. 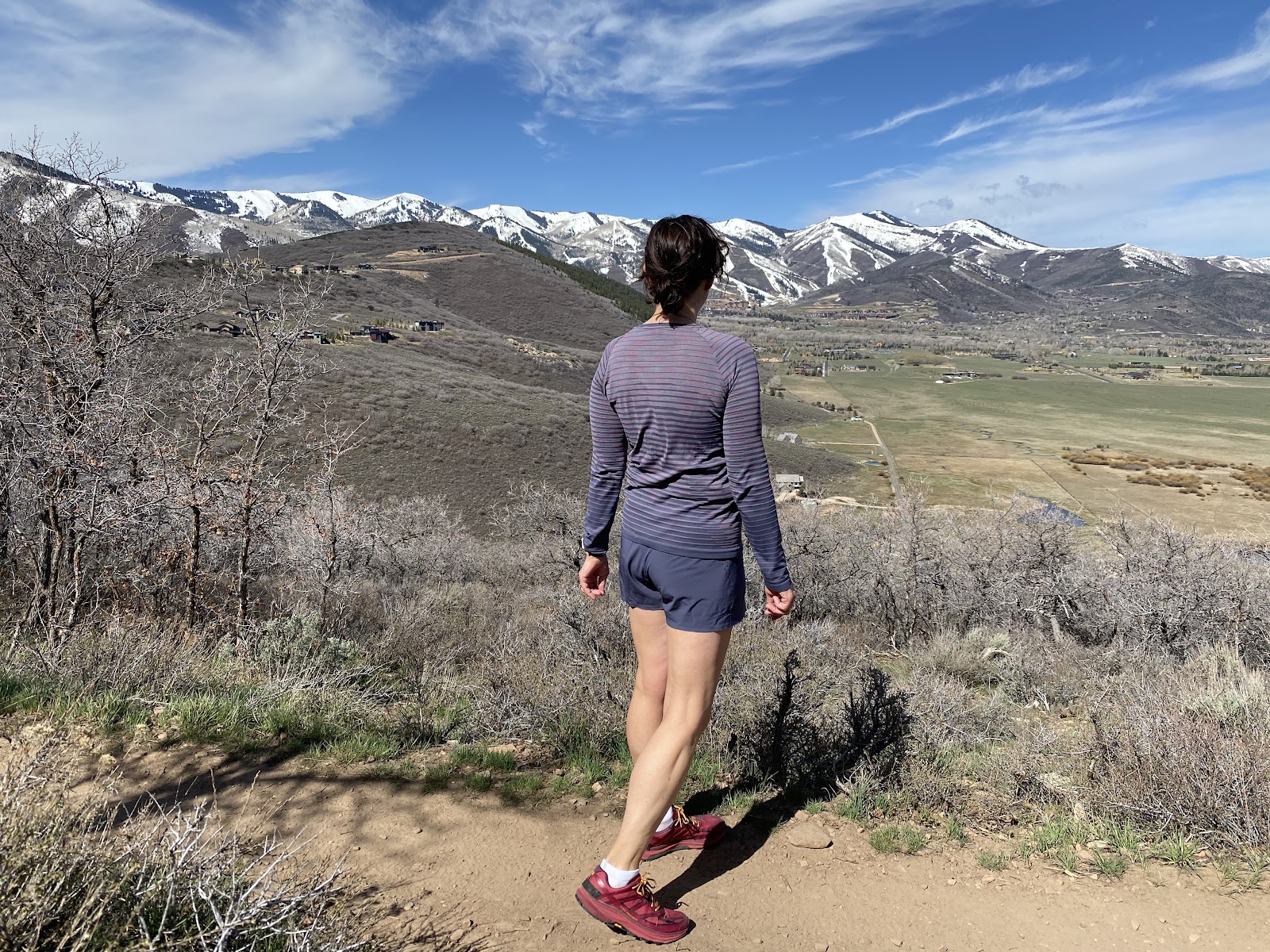 The Spring-Summer 2020 Collection features apparel engineered with new technologies aimed at keeping your cool, dry, comfortable, and odor free. Some of the apparel with their respective technologies in the 2020 Collection are reviewed here -- Women: Dominique and Men: Sam and Adam.