Getting nervous for the classic "Only One Hill" race up Mount Washington this Saturday. This will be my 5th or 6th time running up the Rock Pile: 7.6 miles and 4,650 feet of unrelenting average 12% grade climb to the clouds.  It's only a 6280 foot mountain, right., but known for "The World's Worst Weather". My last run up was in 2007. My first 3 back were back in the 1970's when I won the junior titles.

Never know what to expect for weather. In 2002 during one of my other treks the race was called at the half way point due to icing on the road above timberline. Same thing happened in 1970's, or maybe it was the road was washing out so most had to run down from the top in the cold.

Great article about the Mount Washington Road Race "Because It's Steep" by Todd Balf in the June 2011 Runner's World. Really got me jittery as the article captures the unique nature and difficulty of this race perfectly. The pain starts immediately as the first half is very steep and usually hot and humid.  Above timberline, at about half ways, who knows. Right now the summit is reporting freezing fog and 32 F. Looks like Saturday will be warmer.. 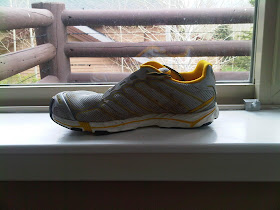 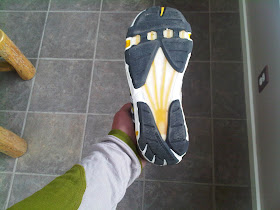 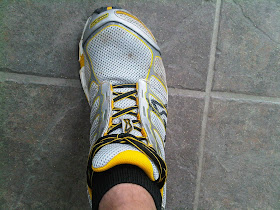 I have run roads, hard pack trails, and single track over the last 3 weeks and find the Inov-8 Road X 255's handle all terrains (except mud) fabulously. A review will follow.

Other gear to be decided race day depending on the conditions.
Sam Winebaum at 12:23 PM 1 comment:
Share

Time to Hike: Gear for Chamonix to Zermatt on Walker's Haute Route

We are off in a week or so for our annual "big" hike. This year we are tackling the Walker's Haute Route from Chamonix to Zermatt. Longer, higher,and tougher than the Tour du Mont Blanc which we did last year.  On the menu: 180 km (112 miles) and 12,000 meters (39,000 feet) of climbing. Of course incredible scenery. As with the Tour du Mont Blanc we will stay in a combination of mountain huts and inns in villages along the way. The first day will be in France and the rest of the way we will be in Switzerland.

As the route is rougher and higher than the Tour du Mont Blanc I am going to leave my trusty Hoka One One Mafates behind for a bit more rugged shoe, the Salomon XA Pro Mid GTX. GoreTex and about 15 oz per shoe, so not much heavier than a trail runner. A tune up hike in the XA Pro on Mount Moosilauke in NH this spring had me smiling. They were great on mud, snow and rock.
Trekking poles are key. Most all trekkers and European trail runners use them. I have retired my Leki Makalu and upgraded to the Black Diamond Distance fl Trekking Z Poles. The poles are super sturdy due to the cone shaped plastic inserts between sections and easily fold down in three parts to about 13". 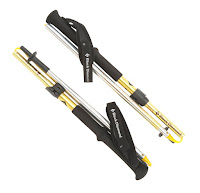 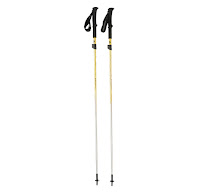 Folding to such a small package is very handy for running or when traveling. They are very easy to fold by pushing a single spring loaded button.  They are close cousins of Black Diamond's easy to deploy avalanche probes. The "fl" stands for Flick Lock. The poles extend from 100-125cm. 125 cm is just about the right height for me when walking on moderate terrain as I am 5'10'' tall. Shorten for steep slopes. Two types of tips are provided: a hard plastic for most uses and a carbide screw in tip for icier terrain. Pop off the plastic tip and screw on the carbide. Unfortunately, the small basket cannot be replaced with a ski type basket. Black Diamond told me Z ski poles are coming this winter.